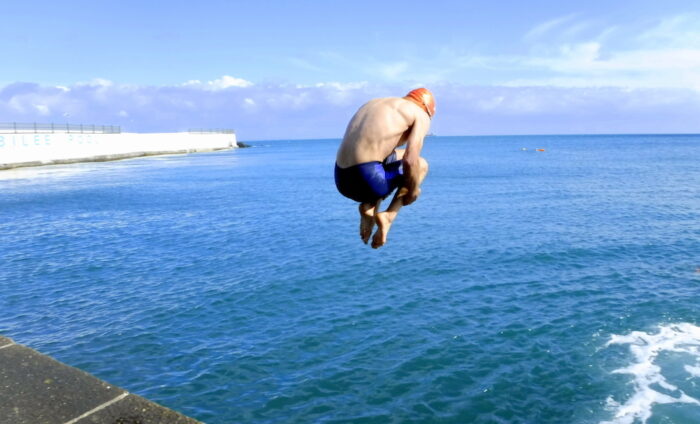 Last Sunday we were at the Thames Marathon meeting swimmers flushed with the success of swimming 14km down the Thames from Henley to Marlow. Although we didn’t swim it this year it is one of the team’s favourite events – any swim that allows you to get out and have a little snack gets our vote! But while Simon was at Henley, our contributing editor Alice was powering down the length of Lake Zurich. I woke up on Sunday morning to 80 messages of support for Alice in her Whatsapp group and then watched the videos posted by her support crew as she ate up the kms to finish the 26km swim in 11 hours 32 mins 03 secs. Epic. Today Alice is mostly still sleeping!

The open water races in the European Championships in Glasgow kicked off this morning with the 5k in Loch Lomond. On Thursday the action moves to the 10k races – which Jack Burnell will be racing with a broken rib. And then on Sunday the distance is upped yet again as the 25km swimmers take to Loch Lomond.

Amid all this talk of marathon swimming, you will be glad to know that I have been mostly dipping in my local lidos. And much as it is wonderful to see our lidos busy, it does make you slightly long for cooler water and space to swim! Yesterday evening at Tooting lido I felt as though I was slithering across a soup of sweat and suncream rather than swimming. And that was only after I had negotiated the long queue to get in. Dodging inflatable unicorns, hairballs and mouthfuls of discarded plasters – summer lido swimming has its own special hazards!

This week’s photo of the week is by Denise Gent of Clive of the Battery Belles and Buoys divebombing off Penzance Promenade.

In each issue of the magazine we publish a selection of your images in our Selkie Reader Photo Contest. To be in with a chance of having your photo featured in the magazine and winning outdoor swimming kit and apparel from Selkie Swim Co enter your best pics now.

Don’t do all your swimming for the year in January

Michael Ventre’s plan to swim from New York to London