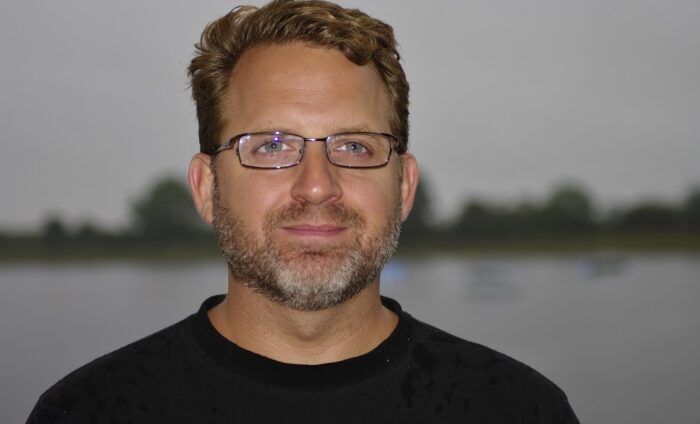 British adventure swimmer Ben Hooper has finally set off on the challenge of a lifetime. He’s attempting to become the first person to swim all the way across the Atlantic, from continent to continent.

While he has a daunting task ahead, just getting to the start line proved almost impossible and his journey was bedevilled by delays and unforeseen obstacles. When he first went public with the idea, his dream was to set off in time to arrive in Brazil in time for this summer’s Olympics. But finding a crew, sorting the logistics and raising sufficient funds all took much longer than envisaged, eventually pushing the start date into November this year.

And then, just when everything seemed in place, Ben, clearly in distress, posted the following on his Facebook page on 7 November:

“We have a major issue I’ve just been informed of with captain. We are not going today I have to fix this. I’m stunned and trying to save my expedition. Apologies to all…. I cannot believe this … so sorry… but we will go…”

Having come so far, a small hiccough such as his support boat and crew not turning up on time wasn’t going to stop him. The next day he posted this:

The swim finally started on 14 November, after which he posted: “Day 1. Nine miles swam. A good start to an epic adventure!”

Ben’s aim is to swim “every single mile” of the Atlantic between Africa and South America. The total distance is around 2,000 miles although it will be impossible to swim in a straight line due to currents. Overnight he will sleep on the support boat and will endeavour to restart at the same point (as tracked by GPS) the following day. However, if this proves impossible due to drift, he will swim any additional miles before finishing.

Along the way, Ben will have to cope with fierce tropical sun, the effects of daily immersion in salt water and a massive demand for calories to fuel his swimming. The risk of shark attack is the one most often flagged up by many commentators – and Ben has put in place a number of shark protection measures – but a bigger problem may be jellyfish. In fact, he and his team are quite fatalistic about it. “Ben will be stung,” states his website.

Ben is hoping to raise more than £1 million for charity through his swim. If you want to find out more about the charities he’s supporting and donate please see http://www.swimthebigblue.com/charities

We interviewed Ben back in February 2014. It’s amazing to see how his vision has become a reality. You can find that original interview here: http://h2openmagazine.com/blogs/africa-south-america-ben-hooper-plans-do-first-complete-cross-atlantic-swim