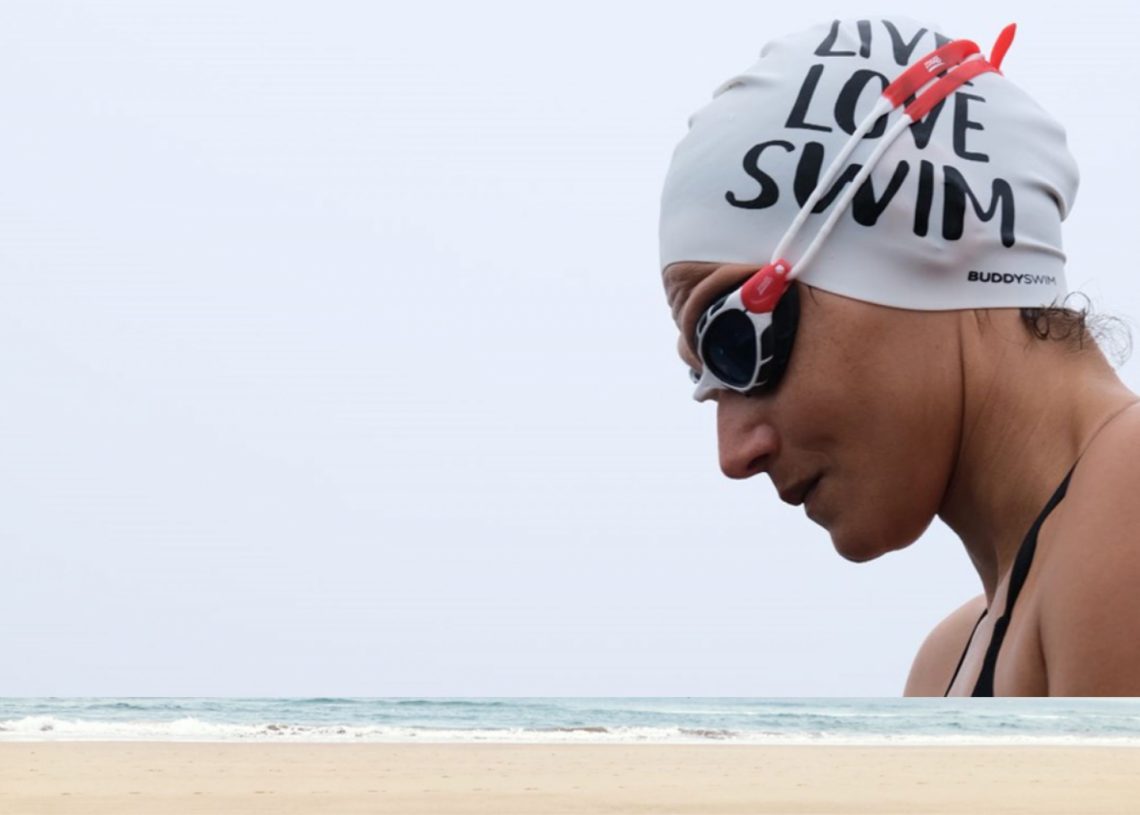 On 30 July 2022, Nadia Ben Bahtane became the first person to attempt a swim from Taghazout to Agadir, off the coast of Morocco. This was a woman’s swim from the heart.

At 10pm the night before, Nadia Ben Bahtane learned her direction of travel. She was to start at Taghazout and swim south to Agadir.

Six hours and 55 minutes later, Nadia stepped onto the beach. Over the course of 24km, she had battled the elements. Heavy fog shrouded the supporters, media and crowds of onlookers waving Moroccan flags, surprised at a woman swimmer. The relief and joy were clear as Nadia embraced her sister, Ghita.

Nadia described the challenges, “I had some doubts about finishing at times but that wasn’t an option, I had committed to so many people I would do it.”

The force driving Nadia to attempt this swim was her aunt, Khadija Ben Bahtane, who tragically passed away in 2018 from cancer. It was a deep loss for Nadia, but also proved to be her inspiration.

Nadia said, “I feel privileged to have been able to have this experience with the ocean, now it is helping me to give back. I was not swimming for a personal challenge, but a greater purpose”.

The water was about 21ºC and for the first 9km, and she had the wind and waves in her face. “I kept swallowing water and the diesel fumes blowing towards me were making me dizzy,” Nadia said.

Thankfully, the sea changed; for the next 2km, Nadia enjoyed calmer waters. “It was really nice; I had lots of little mullet fish dancing around me”. However, soon the currents picked up again and she pushed through the next 8km with a friend alongside in the water for a morale boost. “It really helped having someone there and I seemed to get my energy back,” she told us.

With about 2km to go, Nadia found some speed. “I had never swum so fast; I was thinking about my aunt”. Finally, there was a moment where there was a little bit of sun and the water became warmer, she said it “felt like a gift”.

Nadia is not new to swimming challenges. Back in 2015, she became the first Moroccan woman to solo wetsuit swim the Strait of Gibraltar, completing it in 4 hours 18 minutes. Following that achievement, she was awarded with the Royal Wissam by His Majesty the King Mohamed VI, presented with a medal by her King. She was also included on the WOWSA list of the World’s 50 Most Adventurous Open Water Women 2015.

In her unassuming manner Nadia is teaching us that “vivre pleinement avec passion et sens” should be a mantra for all swimmers.