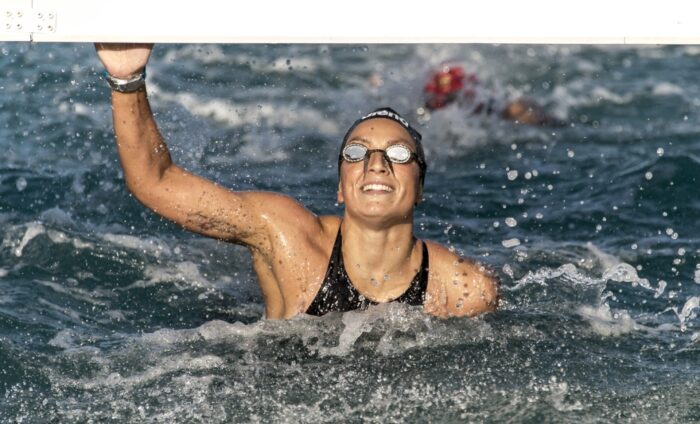 It was a double win for Italy on Saturday, with Simone Ruffini and Rachele Bruni taking gold in the men’s and women’s events in the third leg of the FINA/HOSA 10km Marathon Swimming World Cup 2016  in Lake Balaton in Hungary.

In a strong field containing nine swimmers qualified for the Olympics (including all podium finishers), Ruffini was first to touch in 1h50m25s04. Germany’s Andreas Washburger was silver in 1h50m26s79 and Richard Weinberger of Canada completed the podium in 1h50m27s17.

Why do we have to keep defending the safety of swimming?