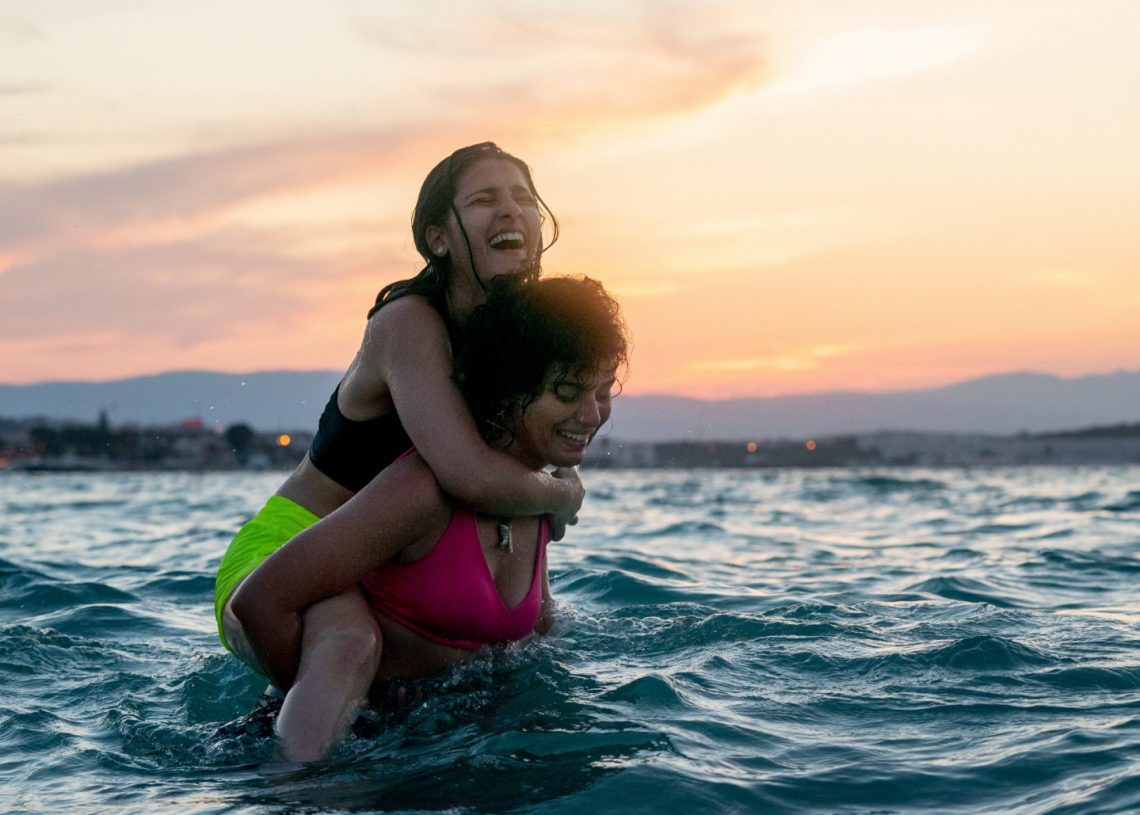 Watch the official trailer for Netflix film, The Swimmers. Then read more about the remarkable real-life journey behind the film, as told to Outdoor Swimmer.

The Swimmers, based on a true story, follows sisters Yusra and Sara Mardini from war-torn Syria to the 2016 Rio Olympics. Starring sisters Nathalie and Manal Issa and directed by Sally El Hosaini, the film shows the harrowing journey the sisters made as refugees.

In the November edition of Outdoor Swimmer (on sale now), Ella Foote meets Yusra Mardini and director Sally El Hosaini. Read on for an extract from our feature, plus a chance to watch the official trailer in anticipation of the Netflix release on 23 November.

Read our interview with Yusra Mardini and Sally El Hosaini

One of the best things about the rise in the popularity of outdoor swimming is that it is seeping into popular culture more and more. As well as an abundance of brilliant books, news articles and social media, swimming is now taking over cinema. Film-makers are bringing incredible swimming stories to our screens in feature-length creations that are putting swim stars like Mercedes Gleitze and Gertrude Ederle back in the limelight. But more exciting than that is the telling of tales that are still unknown to many, like Netflix’s new film, The Swimmers.

“I would love people to get swept up in the story and feel like they’re genuinely on the journey,” says director Sally El Hosaini. “Rather than being on the outside looking and objectifying the story, you are participating. It is easy to see something on the news and turn it off and forget, but when you empathise it is so much more powerful. I want the audience to think and realise, ‘that could be me’.”

“It is a really beautiful way of reminding us of everything that we did to get here,” agrees Yusra Mardini. “You go on with life and don’t think daily about those things anymore. Even when I went to the Olympics I struggled with believing that I am someone like that. Growing up in Syria is something that I had to go through. I was so young, and it was normal, which is sad to think.”

In the film, between swimming practice, war scenes and normal life for the sisters, we see the struggle of what the family should do next as more people they know lose their lives to the war. After mortar bombs interrupt a swimming competition, it’s decided the sisters will escape Syria with their cousin Nizar to Germany, where they plan to apply for the rest of the family to join them.

We follow the sisters and Nizar as they fly to Turkey with a plan to travel on-foot through Bulgaria, but after little luck they decide to head to the coast, hoping to travel by boat to Greece. Like many refugees before them – and as many continue to do now – they pay smugglers who provide a tattered dinghy and an old boat engine to take them and their group of 25 across the sea to Lesbos.

Not long after they set sail, their engine fails. Many of the group can’t swim and soon they are throwing belongings and anything they don’t need into the sea in a desperate attempt to survive. After a call to the coastguard confirms no one will be able to rescue them, a furious Sara cuts the rope on the side of the dinghy, ties it around her torso and jumps into the water. Yusra follows…

The Swimmers will be released in select UK cinemas on 11 November and on Netflix from 23 November. You can read our full story and interview with Sally El Hosaini and Yusra Mardini in the November edition of Outdoor Swimmer, on sale now. 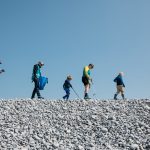 What it’s like to be rendered unconscious by jellyfish