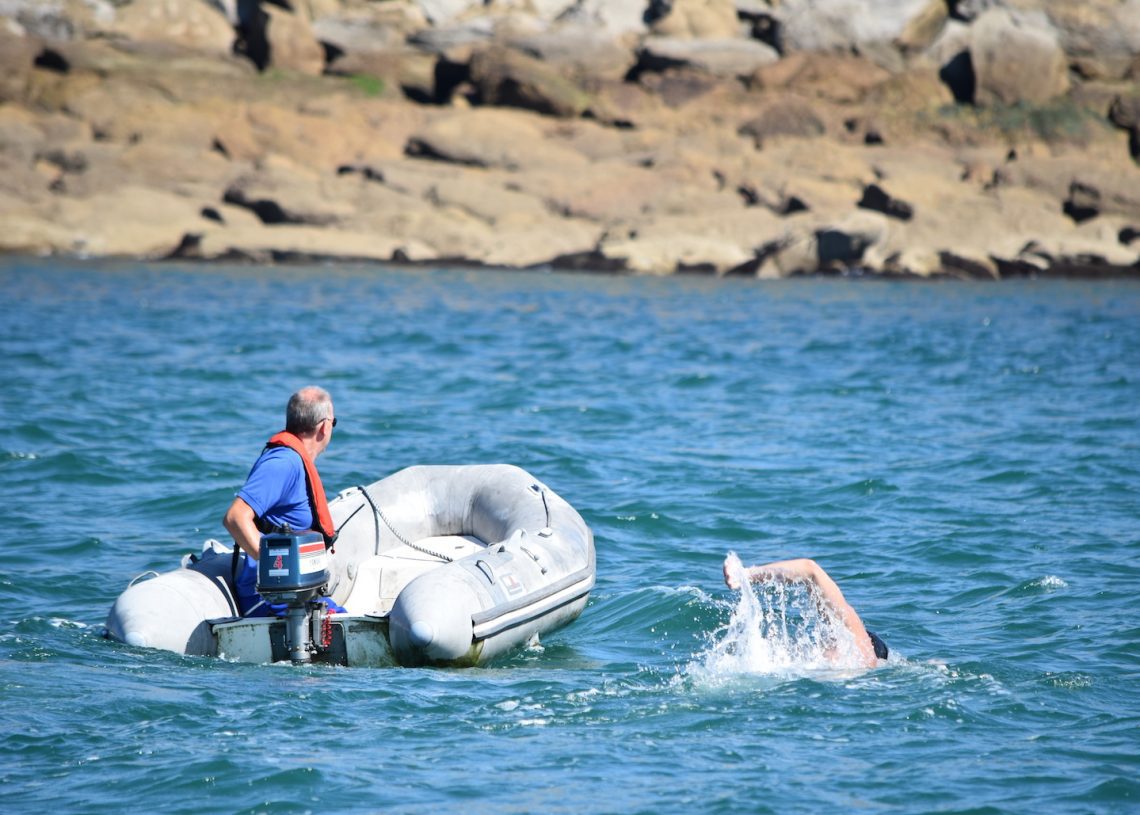 Scotsman Andy Donaldson has completed the first part of his Oceans Seven Swim Challenge, to swim seven channels across the world in support of mental health.

Andy took on the first leg of the challenge, crossing the English Channel, on 8 August, reaching France with a time of 8h, 0m. This is the fastest time in 10 years and a new British record.

Andy grew up in West Kilbride, Ayrshire and was a champion swimmer for North Ayrshire Swimming Club. He has since moved to Australia and broken several records in marathon swimming.

Inspired to take on a bold new feat, Andy decided to take on one of swimming’s toughest challenges, the Oceans Seven, which equates to almost 200km of swimming. His goal is to swim all seven channels in a year – if he succeeds he will be the first person to ever achieve this.

While taking on the Oceans Seven Swim, Andy will be raising money for the Black Dog Institute, a charity that is pioneering mental health research. For Andy, mental health is an issue that’s close to his heart, having lost friends to suicide and experiencing his own struggles with his mental health.

“During 2019, I experienced my own struggles with depression. I was burnt out and felt a bit lost in life,” says Andy on his fundraising page. “Fortunately I received some great support from those around me, and I was encouraged back into the water where I discovered community, along with tools to help manage and improve my mental wellbeing.”

With the English Channel under his belt, Andy is currently training for the next part of his Oceans Seven Swim – the Gibraltar Strait (14.4km). The date for this crossing hasn’t been confirmed yet.

Here are the details of his Oceans Seven swims:

We caught up with Andy to congratulate him on completing the first leg of his Oceans Seven swim.

Andy, how was your English Channel swim? Was it tougher than you expected?

They say that the English Channel is the ‘Everest of Swimming’, and for me it certainly lived up to its billing. I knew it would be tough but that swim really pushed me past my limits, both physically and mentally.

When swimming the Channel you face cold waters, unpredictable weather and deceptively strong tides. For me it was the tides that challenged us most. Our game plan was to take a straight tack line from Shakespeare beach across to Cape Gris Nez. All was going well until powerful tides kicked in on the French side and we were swept off course. As a result I swam an extra 3km, though I pushed through and touched down on French soil in a time of 8h, 0m.

It was an incredible experience and a bonus to become the fastest ever British swimmer to cross the Channel.

What was the most challenging part of the swim?

The mental aspect tested me most. In terms of preparation for your swim, you can be in limbo in Dover for days on end. You don’t know exactly when you’ll be off or whether you’ll even have an opportunity to swim – it all depends on the weather and factors outside your control.

When it comes to being notified about your swim, the call can come as late as a few hours before setting off. I was fortunate to have 12 hours’ notice before my own attempt, though I knew of others who had as little as three hours! So it’s important to stay calm, controlled, yet ready to go for when you receive the call up.

Which Oceans Seven swim are you most looking forward to and why?

That’s a great question as each of the channels are fascinating and present challenges in their own unique ways. I suppose the Molokai Channel in Hawaii is one I’m raring to go for. I love to travel and I’ve always dreamed of exploring the islands in the Pacific. Molokai Island looks like something straight out of Jurassic Park!

From a swimming perspective the challenge there is the big swell. They are some real ocean conditions! At 40km it’s also the longest of the Ocean Seven channels so I’m excited to challenge myself there.

And which one are you most daunted by?

The Oceans Seven swim I’m most daunted by, but at the same time very excited about (as it’s to my home land) is the North Channel between Ireland and Scotland. With bitterly cold water, rough swells and an abundance of Lionsmane jellyfish, this is considered by many to be most difficult channel in marathon swimming. If the English Channel is the ‘Everest’ of swimming, the North Channel is ‘K2’. No Scottish male has successfully made the crossing, so I’ll be doing everything I can to fly the flag and get across!

To find out more about Andy’s Oceans Seven Swim marathon, visit his fundraising page and follow Andy on Instagram for updates. 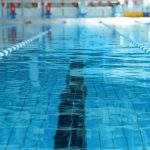