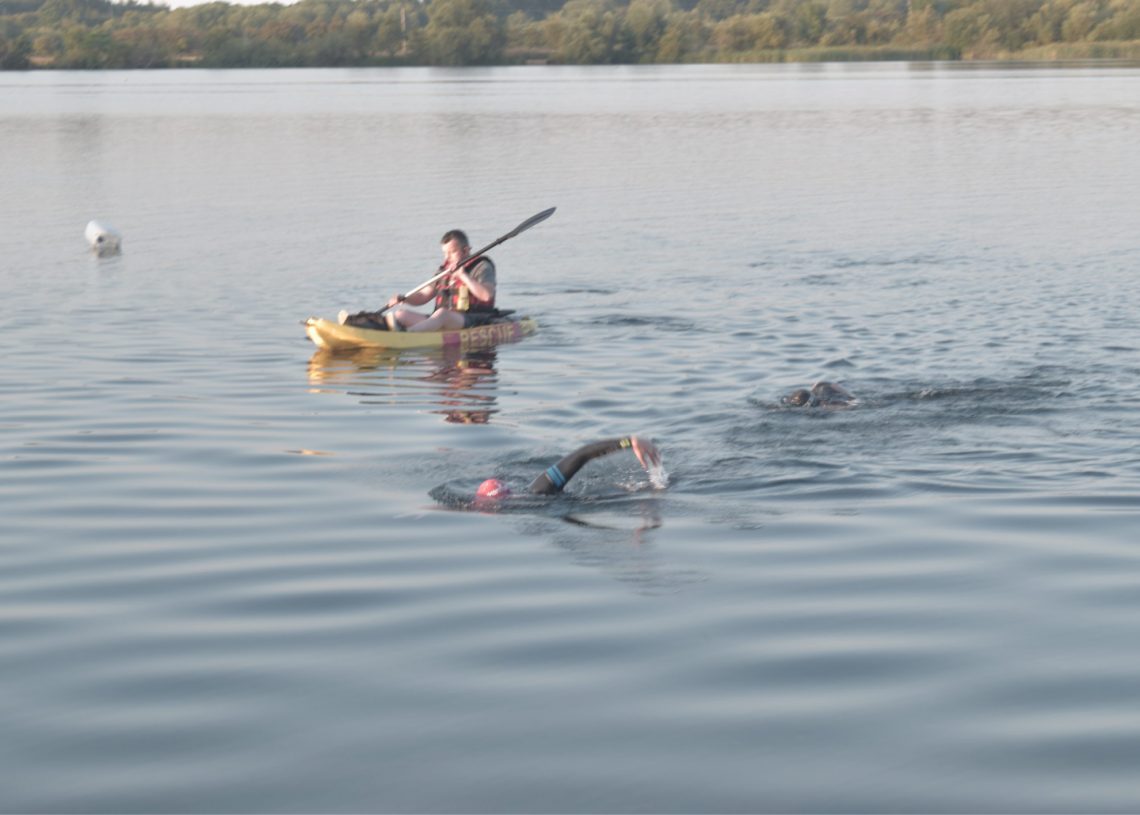 Despite an exhausted stumble near the finish line, a new world record has been set for the longest distance single-event triathlon, including a 7-mile swim in Richmond’s Ellerton Lake

A show of solidarity

Rules stipulate that competitors are not allowed to rest for more than five minutes at a time during the 30-hour challenge – something that evidently took its toll on Steven during a dramatic moment of his run, when he stumbled from sheer exhaustion just five miles from the finish line. His support team quickly came to his aid, including the former world record holder Ian Lambert, who propped him up for a few seconds and urged him to keep going.

Recalling the stumble, Steven says, “My Achilles and both knees were very sore, and sleep deprivation was taking its toll. I failed to lift my leg high enough as I was going up the kerb, and fell forward. My reactions were very slow and I felt very unsteady. The fall helped in some ways as it released some adrenaline and helped me switch back on for the last few miles.”

His 7-mile swim in Ellerton Lake was also hampered by an injury: “The swim was becoming challenging after the sixth mile, as I had a slight shoulder injury going into the event. I knew the risk of further injury was increasing so I just wanted to get it out of the way. Swimming front crawl for over five hours is a solid challenge in itself.”

Steven only started triathlon training two years ago; before that he’d never swum more than 400 metres in one go. Despite being a relative newcomer to triathlons, he felt he had what it takes to beat the world record, having formerly been a physical training instructor in the army and competing in two Ironman challenges.

So how does it feel for him to be a Guinness world record holder? “Having being involved with a high level of fitness since I was a child, breaking the world record really feels like the icing on the cake,” says an elated Steven.

Do you fancy training for a triathlon? Read our guide to training in open water.