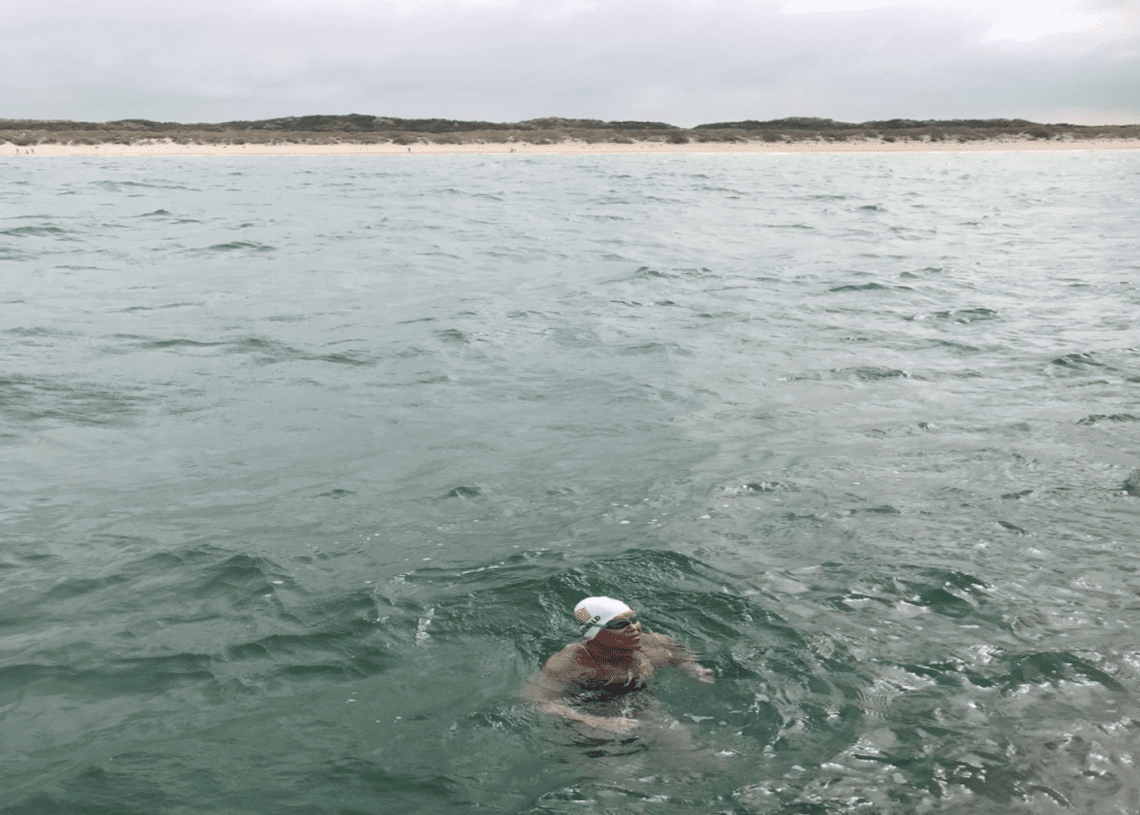 American swimmer Marcy MacDonald becomes the first solo person to swim from England to Belgium, despite a powerful ebb tide holding her back for five hours.

Marcy MacDonald has become the first solo person to swim from England to Belgium, despite a strong ebb tide holding her back for five hours in the final stretch of her challenge.

Marcy was already 28 hours into her swim along the French coast when her friend and pilot Mike Oram told her the tide had changed and wouldn’t turn again for another five hours.

“I had a decision to make. I could either swim to Dunkirk beach or swim in place,” Marcy told us. “It was tough for everyone. We had been up all those hours and the beach was right there. It was tempting to be done with it all.”

Fortunately the water temperature was a comfortable 70°F, so, despite her exhaustion, Marcy decided to swim in place until the tide turned.

“I’ve never reached that level of total exhaustion in my life,” said Marcy. “After dozing off a couple of times I yelled out for a cup of coffee. It’s one of the best cups of coffee I’ve ever had.”

The tide eventually turned and Marcy made it to De Panne in Belgium after swimming a total of 82.6km (54 miles) in 38 hours and 20 minutes. This achievement fulfils a “two decade-long dream” after Marcy first thought of the idea while holidaying in Belgium in 2000 after one of her English Channel swims. Her finish date also coincided with the anniversary date of Captain Matthew Webb’s first Channel crossing in 1875.

Two decades in the making

Marcy, who has swum the English Channel 17 times, made her first attempt to swim from England to Belgium in 2018 but was hampered by strong winds and an injury.

The pandemic put further attempts on hold for two years but, with the help of her pilot studying tides and choosing a new starting point at Ramsgate, Marcy finally achieved her dream on 25 August 2022.

So how is Marcy recovering after her swim from England to Belgium? “Fatigue is the issue. My arms have healed but I do get tired at the end of the day,” she told us. “It’s amazing what the human body will go through, and how our minds protect us from the pain. We subconsciously forget the suffering to move forward. And hope will move us forward.”